What is BTB Feng Shui?

(An excerpt from the June 1993 Yun Lin Temple News)

While not rejecting these traditional methods, the Black Sect includes an additional instrument to harmonize the environment: the channeling and balancing of Chi. My theory, besides embracing sying, also includes something extra: yi. Yi—loosely translated as a wish, a will, or an intention—plays an important role in Black Sect feng shui. Yi is a blessing, a way of adjusting and enhancing chi through intuition and imposition of the will of the expert (and the will of the client) on a house or a person. It is a vital but intangible process—a positive transference and transformation of energy (chi)—that reinforces and blesses the physical aspect (sying) of feng shui.

Here is how these two categories can be further broken down: 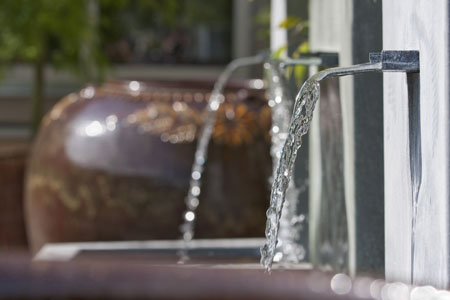 (If you ask me what aspect in each category is most important, I will tell you “others”: the subtle signs that identify and shape our destiny.)

I use both sying and yi to analyze and then to improve a given areas feng shui. Sying, which is easier to grasp and enact, is explained in my earlier teachings. The rules of sying tell you how physical surroundings are affecting you and how, by adjusting and altering them you can change specific aspects of your life, if not your destiny. For example, sying may refer to a poorly placed bed that brings chronic colds and a multitude of taxing problems; two unaligned doors that create family discord; or a tree near the entrance that blocks career development. Sying also refers to the physical ways to improve an area’s feng shui.

Yi on the other hand, requires much more study. Yi is the use of our mental powers to cultivate the ch’i of a house or person. Besides being highly intuitive, yi is a complex and detailed aspect of feng shui. This element must be learned orally from a master and needs years of training to perfect.

There are many schools of feng shui. My discipline—the Black Sect of Tantric Buddhism (BTB)—occupies an important place among feng shui schools. I first encountered the Black Sect more than forty-five years ago, in Beijing. When I was six or seven years old, I would often play with friends on the grounds of a local lamasery, a monastery in Beijing of Tibetan Buddhist lamas. There, one day, a high lama—a Buddhist scholar and an expert in the Black Sect’s mystical arts—took me under his wing. For ten years he taught me Black Sect mystical methods, including feng shui theory and practice. Later I apprenticed with other well-known masters and acquired feng shui experience.

I find that the Black Sect’s teachings are the most useful, up-to-date, and compatible with modern science and design. Yet they also rely on ancient Taoist culture and thought—Tao, yin-yang, chi, and traditional feng shui—not to mention influences from Indian and Tibetan beliefs and practices.

My method of Black Sect feng shui is an outgrowth of various religious disciplines. Black Sect feng shui evolved out of the long journey of Buddhism from India through Tibet and into China. In each place it absorbed indigenous teachings: from India it brought an organized church complete with yoga, chants, compassion, Dharma, and the sacred discipline of transmitting teachings from master to pupil. In Tibet it incorporated the mystical chants and charms of Bon, the native religion. And in China proper it absorbed the I Ching and Confucian, Taoist, and folk religions and customs such as traditional feng shui, palmistry, face reading, faith healing, and the history of chi. The synthesis is a very practical and sensitive approach to surroundings, suffused and supported by a repertoire of mystical chants, prayers, and meditation. These religious influences give Black Sect feng shui extra clout, producing far more successful results than those produced by other schools!

In its journey to the West, Black Sect feng shui has also absorbed new customs and inventions. Its cures include lights, electricity, and heavy machinery. Rum has replaced the strong rice wine used in ritual concoctions. And placement of microwave ovens and computers is given serious thought. But despite modernization, the aim of feng shui remains the same as it was thousands of years ago: the pursuit and creation of a more comfortable and harmonious place to live and work.

The historical development of Black Sect Tantric Buddhism can be seen as a succession of four consecutive stages, according to professor Thomas Lin Yun, leader of the religion at its present fourth stage.

Black Sect Tantric Buddhism originated from the indigenous Bon religion of Tibet before the introduction of Buddhism. This primitive first stage emerged into its second phase through exposure to the Tantric Buddhism of India, flourished in Tibet; and divorced into different lineages such as Nyingma, Kagyu, Sakya, Gelug, and the Black Sect, which is a subtle combination of Tantric Buddhism and the indigenous Bon. The religion entered its third stage as Tibetan Tantric Buddhism spread to China. In the process of this propagation, the Kagyu, Sakya, Gelug and Nyingma lineages retained their purity. The Black Sect, already a mixture of religions, continued to encompass traditional Chinese philosophy and folk religion, Esoteric Buddhism, Taoism, Yin-Yang philosophy, holistic healing, feng shui, Confucianism, and the I Ching. While the other four sects remain hybrids of Indian and Tibetan cultures, the Black Sect carries this expansion even further to incorporate the culture of the Chinese civilization.

The fourth stage of the religion began as Black Sect Tantric Buddhism was introduced to the West, and the age-old philosophy and religion was reinterpreted in terms of modern knowledge, such as physiology, medicine, psychology, architecture, ecology, social sciences, etc., so as to bridge the gap between ancient wisdom and modern knowledge familiar to the general public of the Western world. Yun Lin Temple was founded in 1986, in Berkeley, California, as the first temple of the fourth stage of Black Sect Tantric Buddhism. It is a non-profit religious organization, which strives to promote the modernization of Buddhism, using contemporary concepts to interpret doctrines of the past. It emphasizes the fact that disciples of the Temple should actively participate in society in their own professions. Rather than advocating the rigor of a secluded monastic life, followers are encouraged to pursue spiritual development in their spare time by means of meditation and helping others. The Temple sponsors a variety of classes, meditation sessions, cultural activities, and offers community services to the public.